To commemorate the anniversary of the 14th Ramadhan Revolution 1963 - 1976, Iraq issued a stamp in three denominations showing the Iraq Earth Stations. They featured the Dujail I and II Earth Stations which used to communicate with the Intelsat communications satellites. They were issued on February 8. 1976. 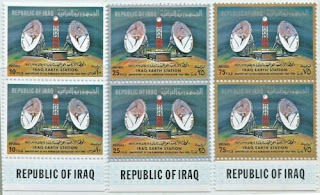 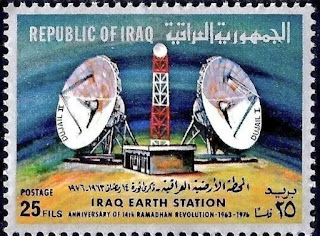