Shenzhou 1 flown cover. Shenzhou 1 was an un-crewed test flight was launched on November 20. 1999 by a Long March 2F rocket from the Jiuquan Satellite Launch Center `JSLC`. It returned on November 21 1999, landing  at the Inner Mongolia Dorbod landing site. Philatelic items were placed into the cabin on 9th September 1999at the JSLC and taken out from the cabin on November 24 at Beijing Aerospace City. A total of 33,220 pieces were flown and of this cover 1023 envelopes were flown. 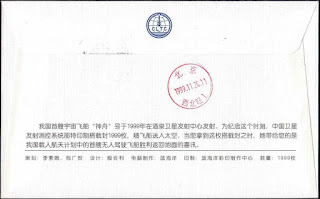 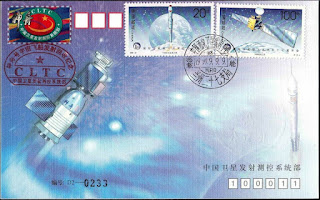