Mongolia`s `Mongol Post` company issued a stamp to commemorate Mongolia`s first spaceflight. the stamp shows the Hero of Mongolian People’s Republic, Hero of USSR Jugderdemidiin Gurragchaa and twice Hero of USSR, Hero of Mongolian People’s Republic, Soviet cosmonaut V.A.Dzhanibekov. The artist for the stamp is Ts. Battur. The unveiling ceremony for the postage stamp issued for the 40th anniversary of Mongolia’s first space flight was held today at the Institute of Astronomy and Geophysics of the Mongolian Academy of Sciences. The stamp was issued on 12 April 2021.

On March 22, 1981, Jugderdemidiin Gurragchaa along with Soviet cosmonaut Vladimir Dzhanibekov were launched into space on the Soyuz 39 spacecraft, landing back on Earth on March 30.

A commemorative coin by the Mongol Bank was also issued in 2021 to commemorate the spaceflight. 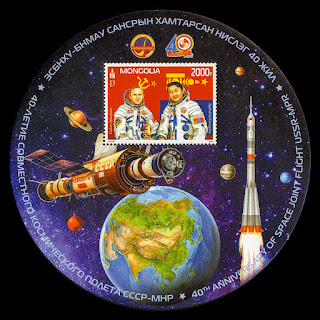 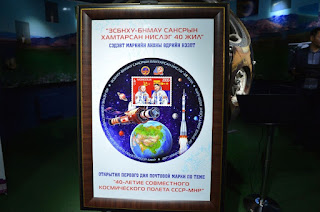 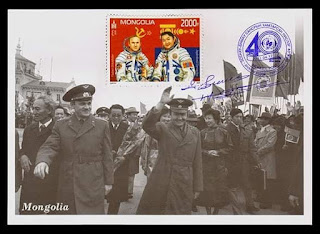 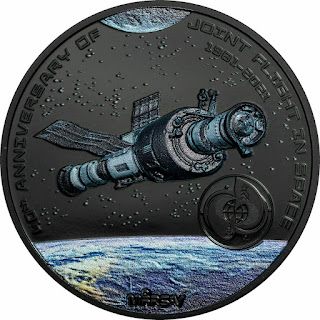 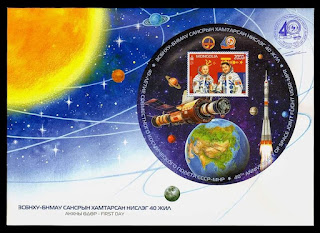