NASA`s Crew 3 will ride to the International Space Station aboard a brand new SpaceX Crew Dragon spacecraft. The capsules number is C210 but now it has been given the name `Endurance` by the crew. Commander astronaut Raja Chari gave the announcement on behalf of the crew. He said "that the name is a  tribute to the tenacity of the human spirit, as we push humans and machines farther than we ever have,”  and that “It is “also a nod to the fact that the development teams, the production teams, and the training teams that got us here have endured through a pandemic,”. He went on to say that “And then of course, just the fact that we are going to reuse this vehicle. So, one of the really cool things about the SpaceX Dragon is, we'll be the first ones to use Endurance, but it won't be the last time it's used.”

Other members of the crew are NASA`s Thomas Marshburn and Kayla Barron with ESA`s Matthias Maurer. the scheduled launch is on October 30. 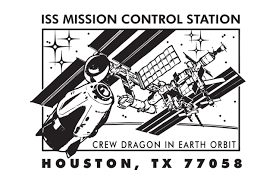