Today, December 28 marks the birth of English astronomer/mathematician Sir Arthur Stanley Eddington (1882). Sir Eddington worked on understanding the structure of stars and especially for his work on interpreting Albert Einstein's theory of general relativity. Eddington's expedition (on the island of Principe to observe the total solar eclipse of 29 May 1919 and his photographs confirmed that a massive object like the sun can bend starlight due to gravitation, just as Einstein predicted. Eddington went on to discover the mass-luminosity relationship of stars in 1924 through his study of Cepheid variable stars. Eddington died unmarried in 1944. In 2019, Portugal issued a set of stamps honouring the 1919 eclipse expedition that confirmed Einstein's theories of general relativity, as did Sao Tome E Principe. 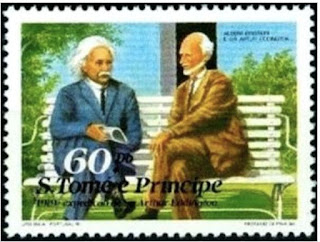 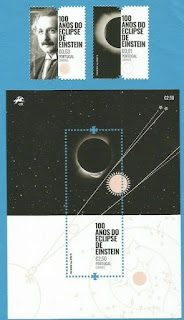 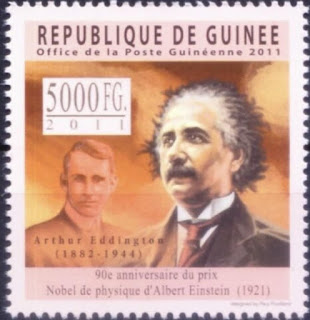