The PGM-17A Thor was the first operational ballistic missile of the U. S. Air Force (USAF). Named after the Norse god of thunder, it was deployed in the United Kingdom between 1959 and September 1963 as an intermediate-range ballistic missile (IRBM) with thermonuclear warheads. Thor was 65 feet (20 m) in height and 8 feet (2.4 m) in diameter. The Thor and later Delta families of space launch vehicles used boosters derived from the initial Thor missile.

This postcard shows the Thor rocket on a launch pad at Cape Canaveral and is franked with the date November 2. 1959. 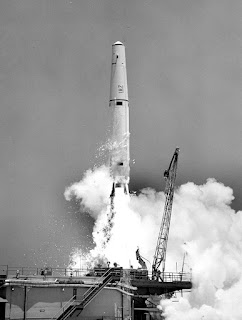 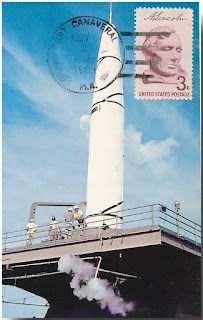