The French post office issued a stamp on July 22, 2019 for the 50th anniversary of man's first steps on the moon. Stamp valued at 1.30 Euros depicting Buzz Aldrin next  to the US flag on the moon. 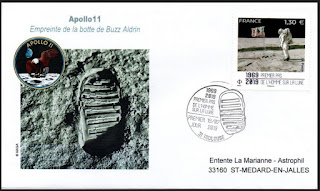 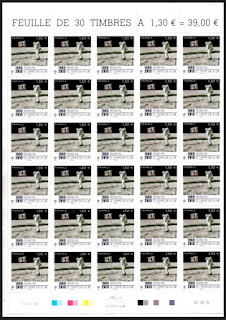 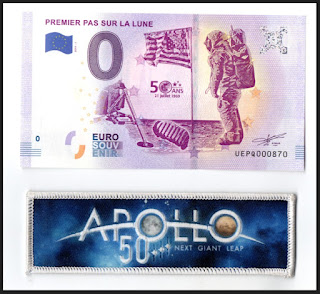 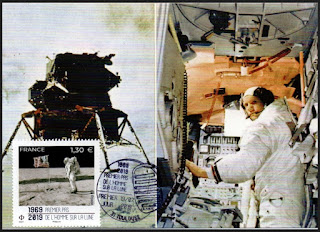 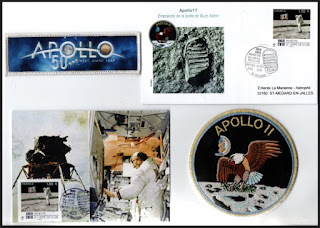 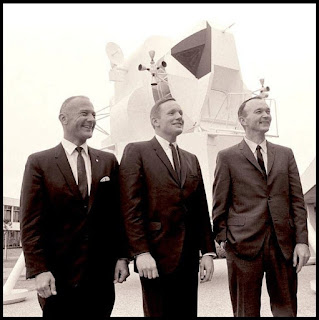 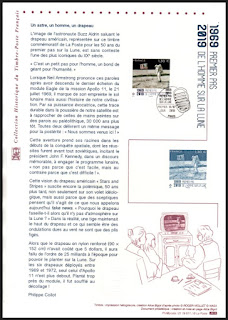 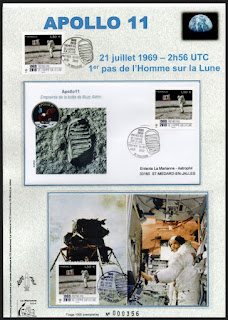